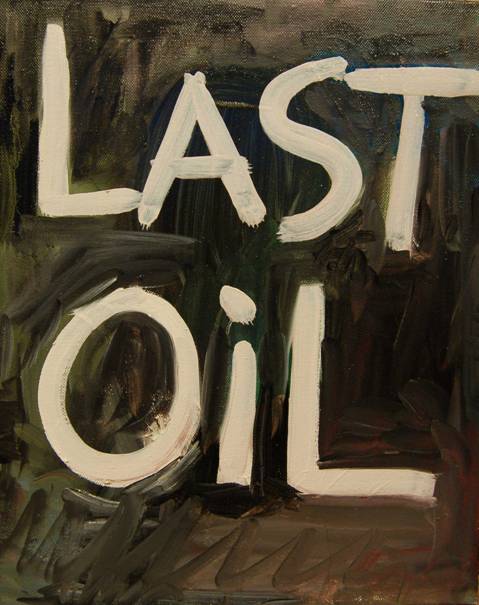 Eventually and evidently the last drops of oil will be sucked up and the last of the substance that currently makes our modern world go round will be history. Once the flagship of fine art, now in the face of a media unspecific artfield, the medium of oil painting faces a similar threat of becoming an artistitic dinosaur. Referring to modern paintings presumed endpoint, the black monochrome, this painting points to the recurring claimed obsoleteness of the media of oil painting as well as its persistent presence and – as the case with crude oil - its commercial saleability and fluctuating prize according to demand.  The reference to ‘last oil’ as a sacrament related to fatal outcome underlines the finiteness of this matter but also a hope for a transformation into a metaphysical afterlife; the artwork and its aura, or should we say theoretical context.